Israel is a special destination, rich in tourismal sites, Holy places, prestigious restaurants, pampering hotels and there are also unique aviation attractions. After all, where will you be able to fly beneath the sea-level and land at the lowest point at the earth's crust?

There are those who travel through the deserts in the world, there are those who sail's from coast to coast and there are those who fly's around the world. We specialize in arranging Fly-in's for pilots from all over the world. Many groups arrive with light aircrafts from Europe to visit Israel. For pilots, Israel is attractive for flying and it's an interesting challenge to land. Fly below sea level and land at Bar - Yehuda, Masada, LLMZ airstrip, is a great experience for pilots from around the world. We can help you to be part of this unique experience. Israel is a country rich with archaeological sites, nature parks and diverse urban areas, but to see all these from above, it`s a whole different experience. Fly-in, requires much organization, many adjustments and complex logistics. We can provide for your Fly-in all the flight approvals, ground services and tourism services in Israel. 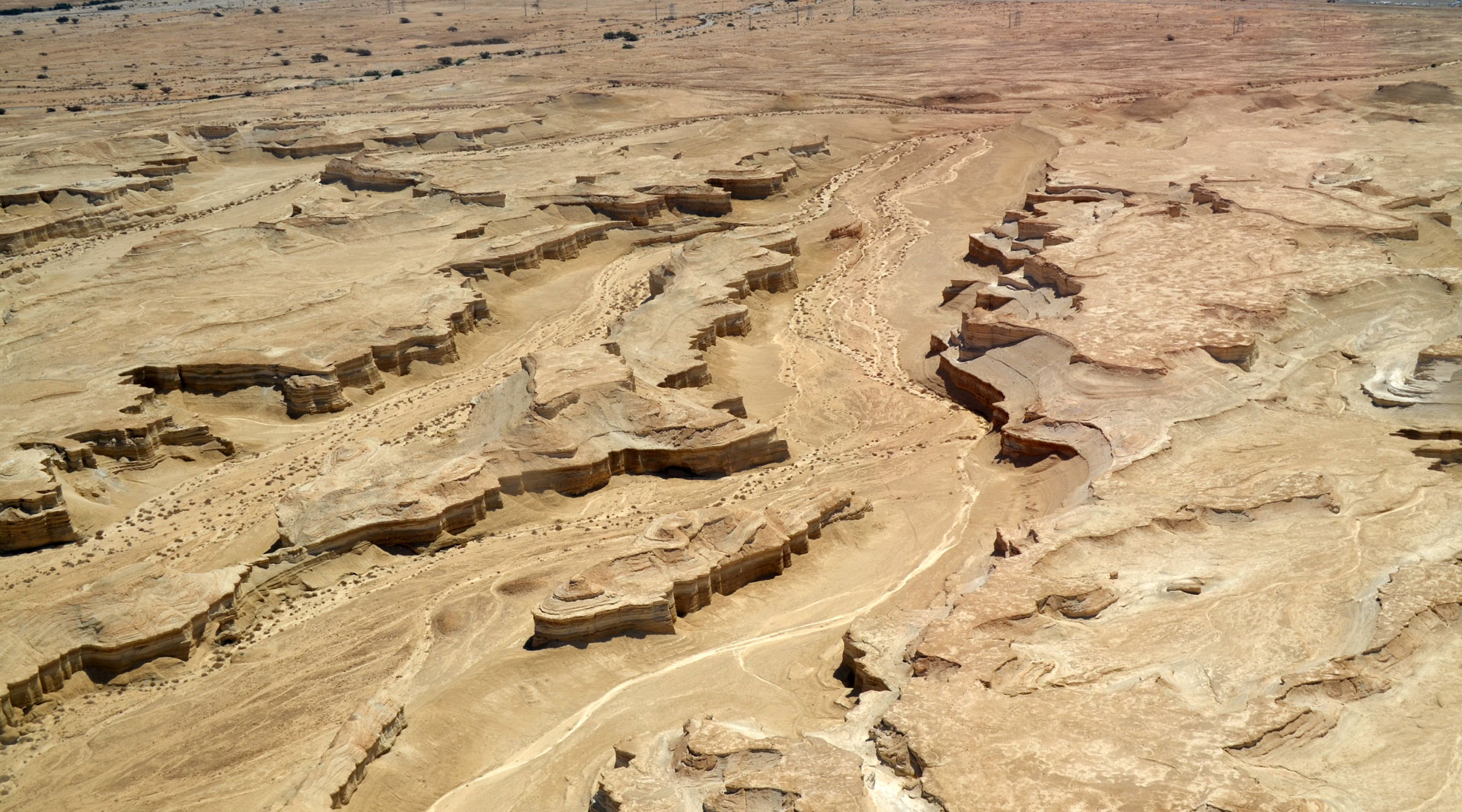 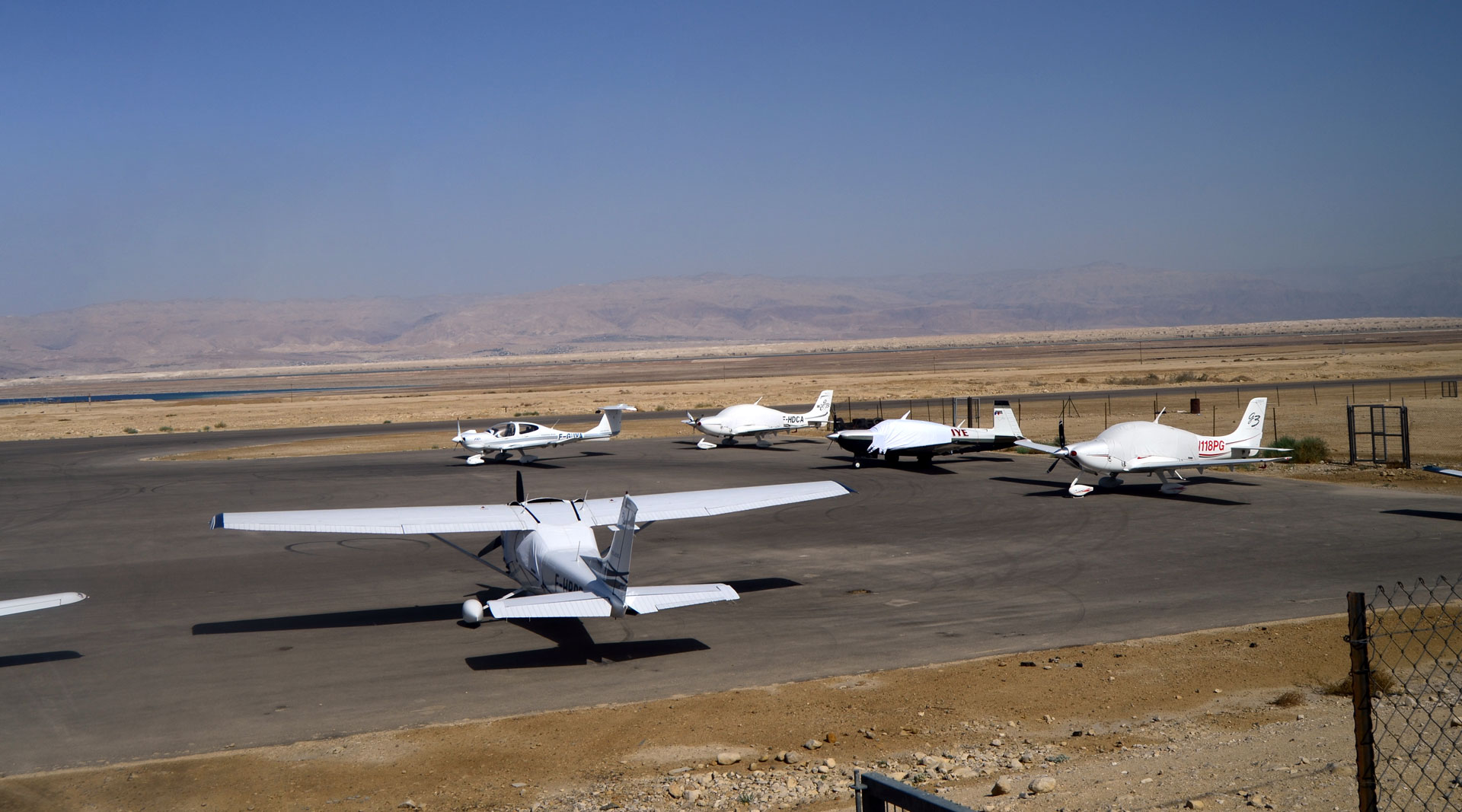 Pilots tours to Israel - For pilots... By pilots

Benefit with vast experience of pilots, acquaintanceship with the Israeli regulations and procedures, organizing and coordinating international aviation rally with the support of AOPA Israel, gives us the expertise to coordinate all the various factors and host GA individual pilots or groups who wishes to fly and visit Israel.
Israel has so much to offer such as history, scenery, various religions and holy places added to many other attractions. On an organized tour for several days, you can visit the best places and see the highlights of Israel. 5 days tour is recommended for Fly-in, However, we can adjust the program and fit it to your interests and schedule and help you proceed to the next designated airport around the Israeli airspace. Mild Mediterranean weather with comfortable temperatures and over 300 sunny VFR days a year, are great opportunity to set course to LLHA - Haifa, Isarel. 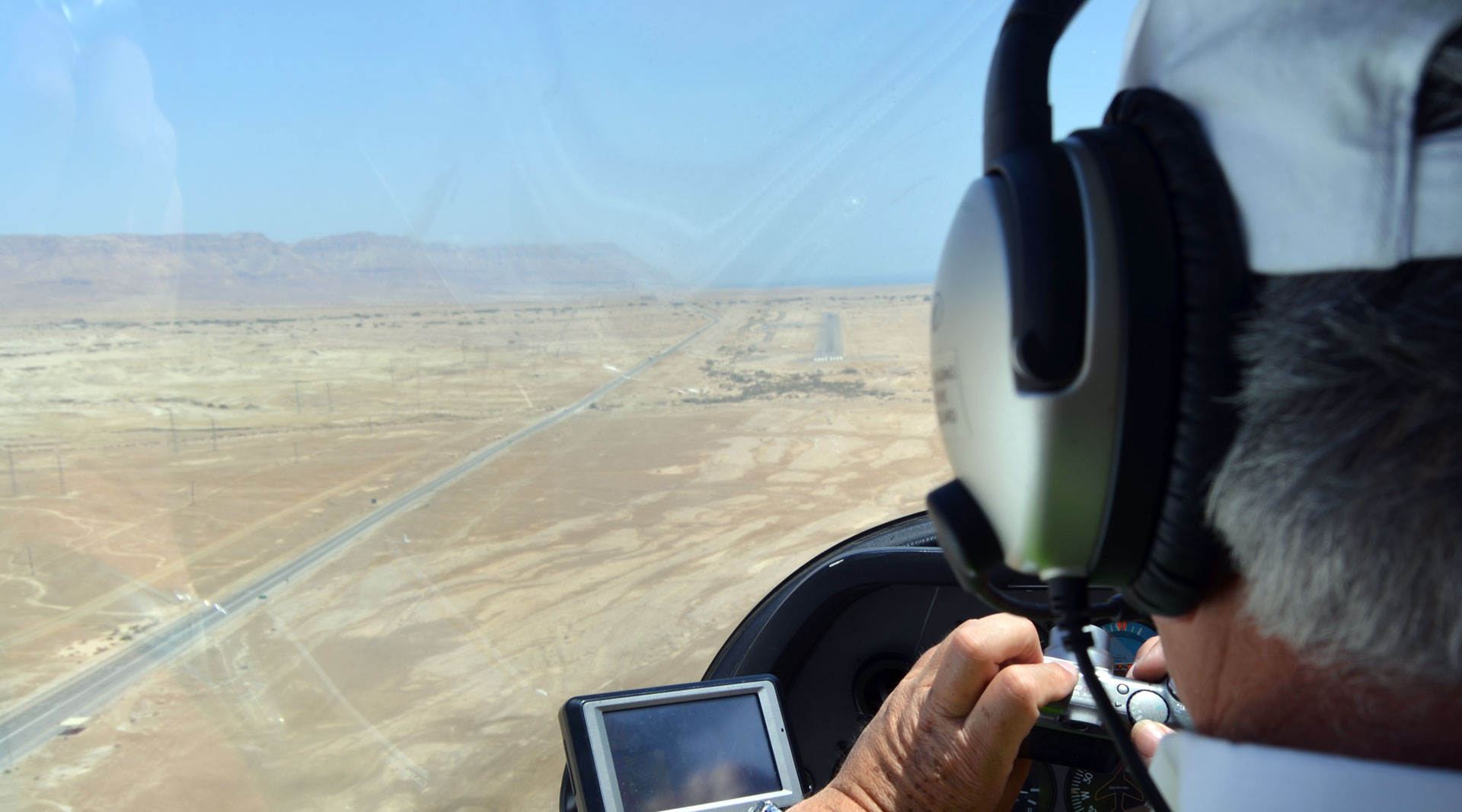 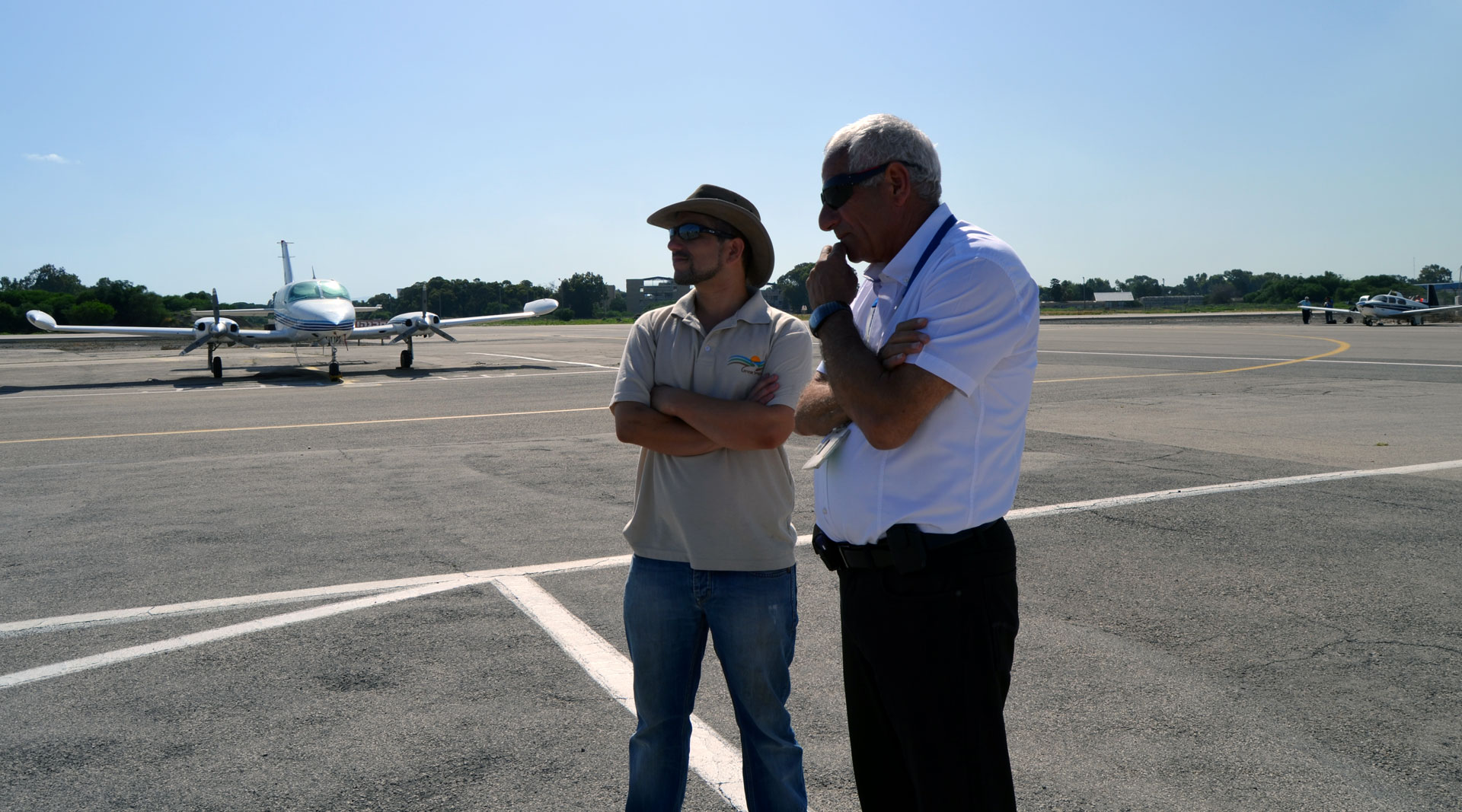 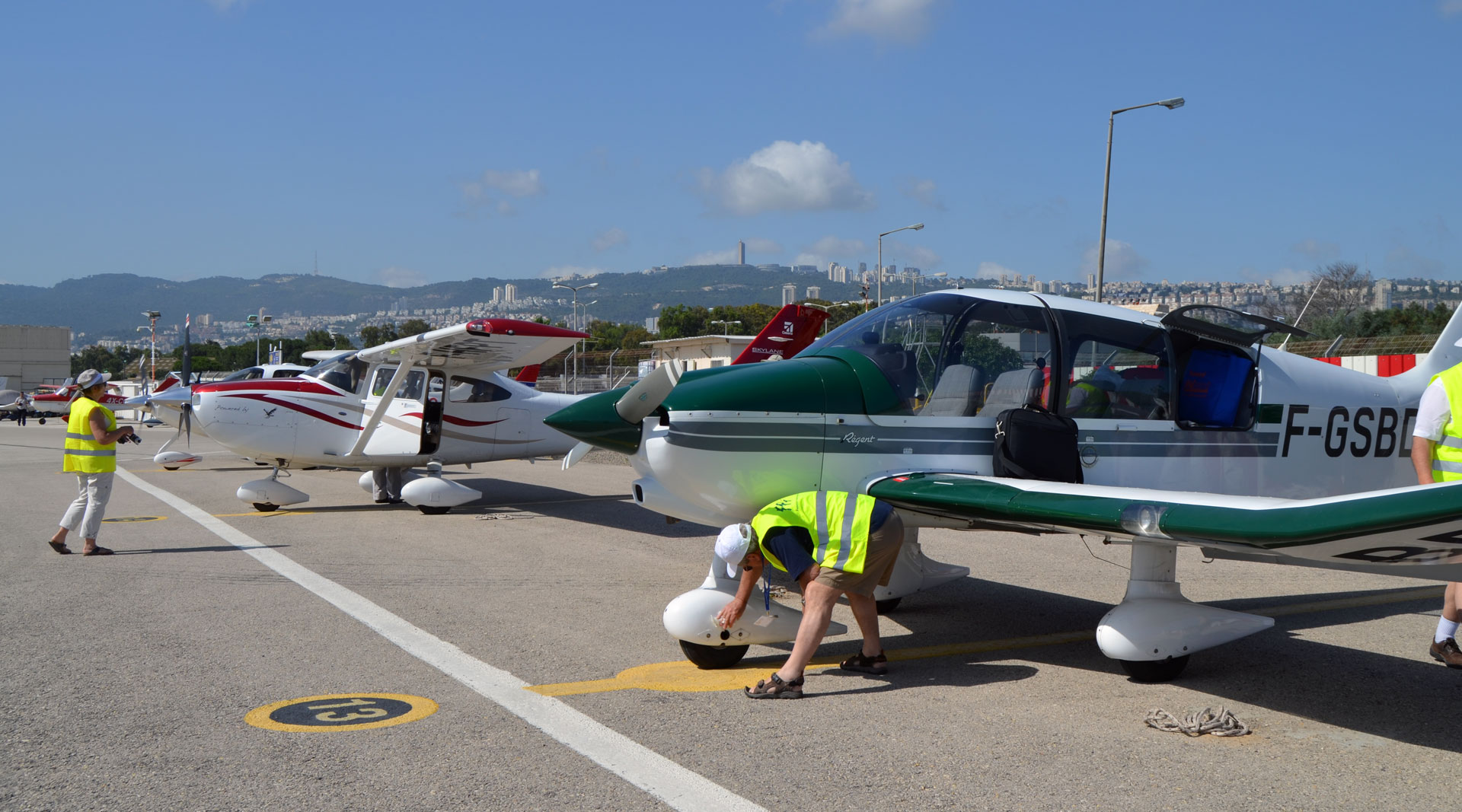 Israel is a touristic land containing a large amount of unique sites for a visit. We have number of options for single-day excursions whom we can adjust to your request.

Crusaders at the Galilee – excursion to the western Galilee

The Western Galilee is magnificent place where the seashore and mountain meets together. We will visit the important city of Acre (Akko) which is and old Ottoman city which was built over of the Crusader`s city. Part of the city excavated, and impressive archaeological site which was discovered is the Crusaders halls.
The Hospitaller knights known as St. John order, had built their edifices at Acre in order to assist pilgrims throughout the Medieval era. We will visit at the preserved citadel and touch the remains of the past. We will walk through a secret passage to the colorfull old market and leave the citadel. We will visit the important mosque named after Ahmed al-Jazar, the third in segnificent at Israel. We will explain about the special part of the mosque, the tombs of Al-Jazar and Suliman and about the Islam. We will proceed towards the Khan al-Umdan, the Caravanserai of the Pillars. We will explain about the place and why is it named after the pillars and then we will go down, underground, to the Templar's tunnel. We will explain about the Templar knights and leave the old city of Acre towards Rosh-Hanikra for lunch. After lunch we will visit the famous grottos and explain about the northern border of Israel and its neighbor Lebanon. We will continue for a great sightseen from one of the highest peaks at the area and enjoy a nice observation toward the northern seashore and Haifa bay. At the Late afternoon we will start our way back to the hotel. 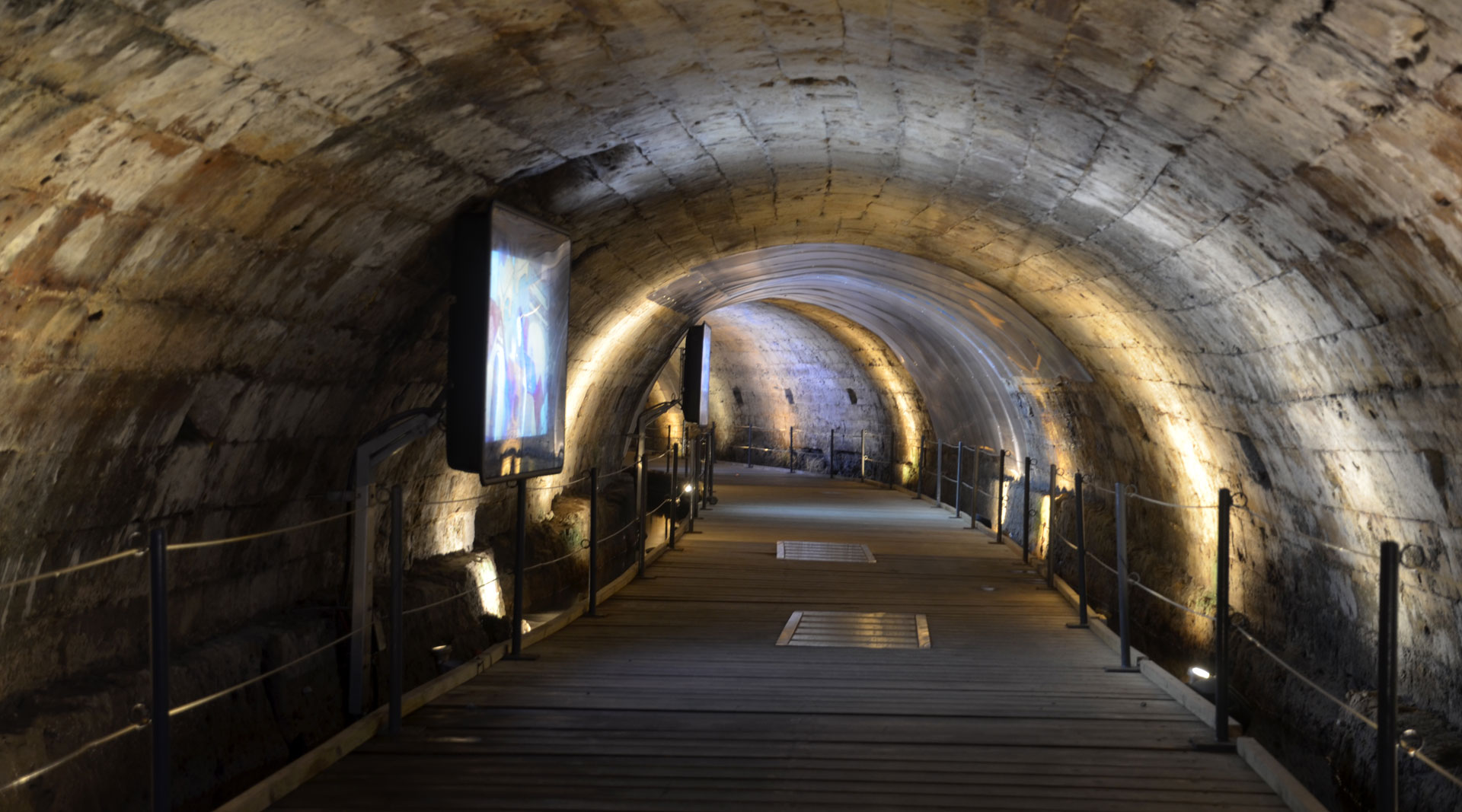 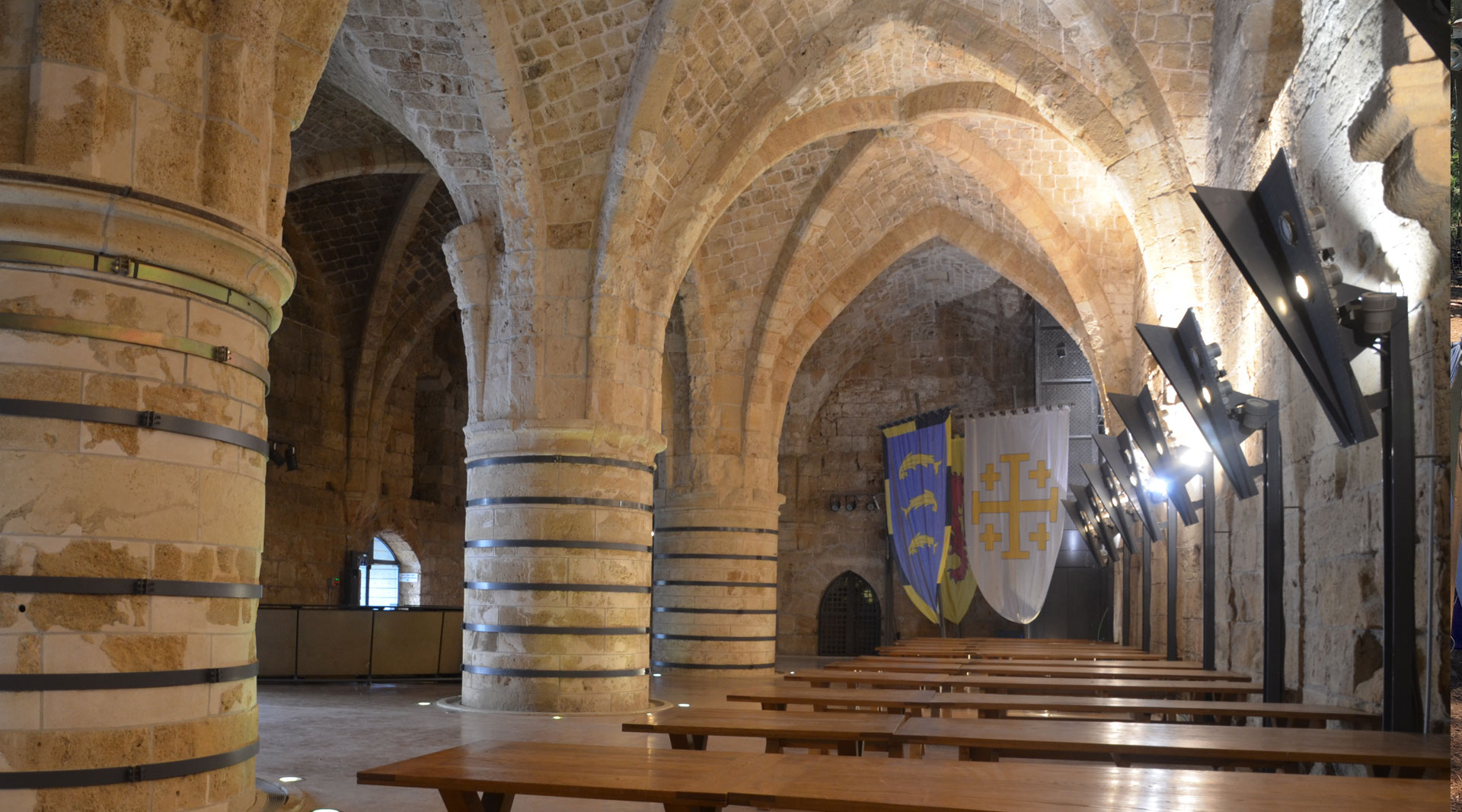 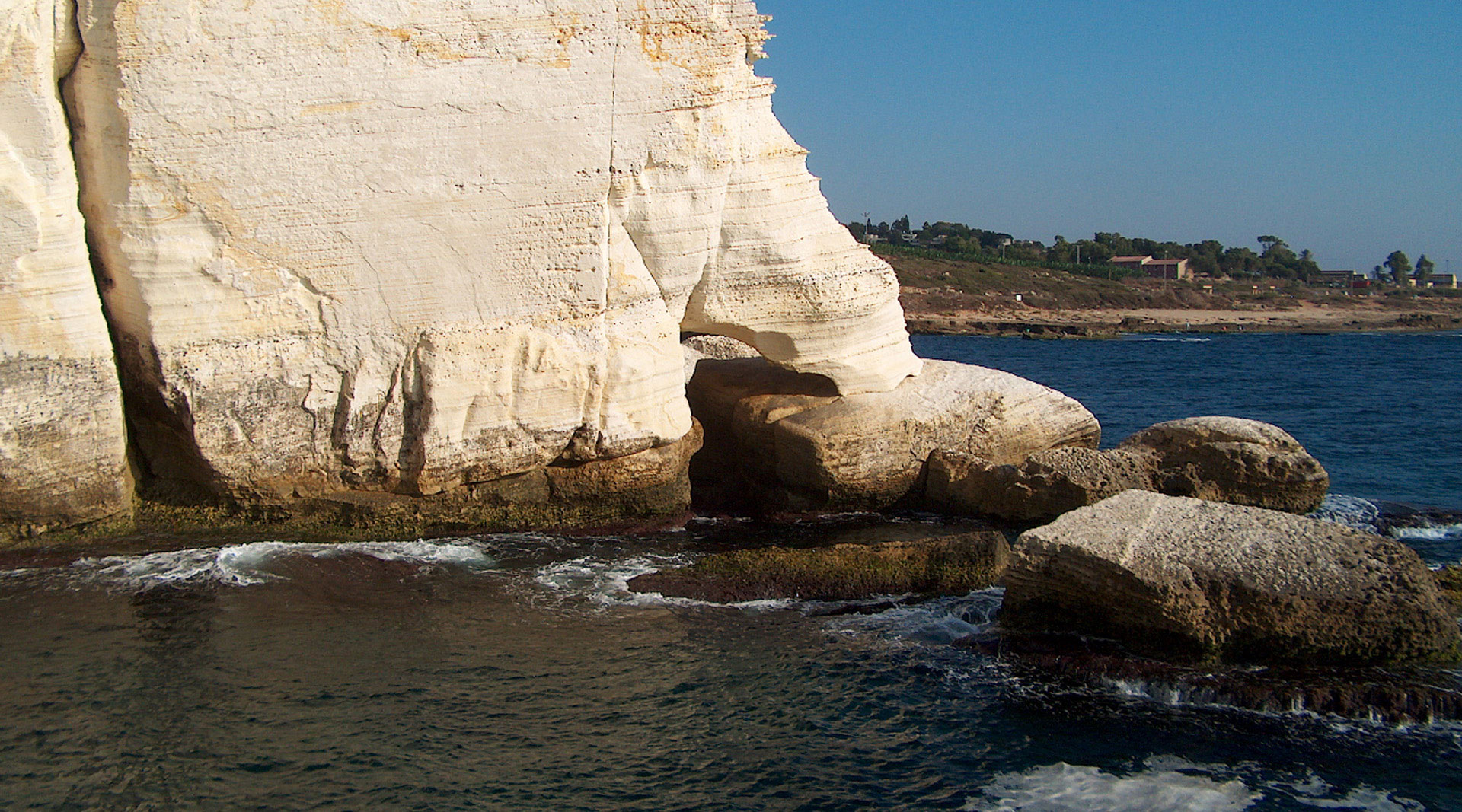 The lowest place on Earth's crust - Excursion to the Judean desert

We will start our tour at Masada, we will tell the story of the zealots who have rebelled against the mighty Roman Empire. They have defended the Herodianic fortress of Masada and preferred die as free men rather being enslaved by the Romans. We will visit the archeological site and tell the story of the mountain and the zealots. The next site is the archeological site of Qumran, there we will get acquainted to the dead sea sect, their customs, way of life, their connection to Christianity and their most important remnant – the Dead Sea scrolls. We could even bath at the Dead sea. There is no experience more uplifting than floating in the Dead Sea. 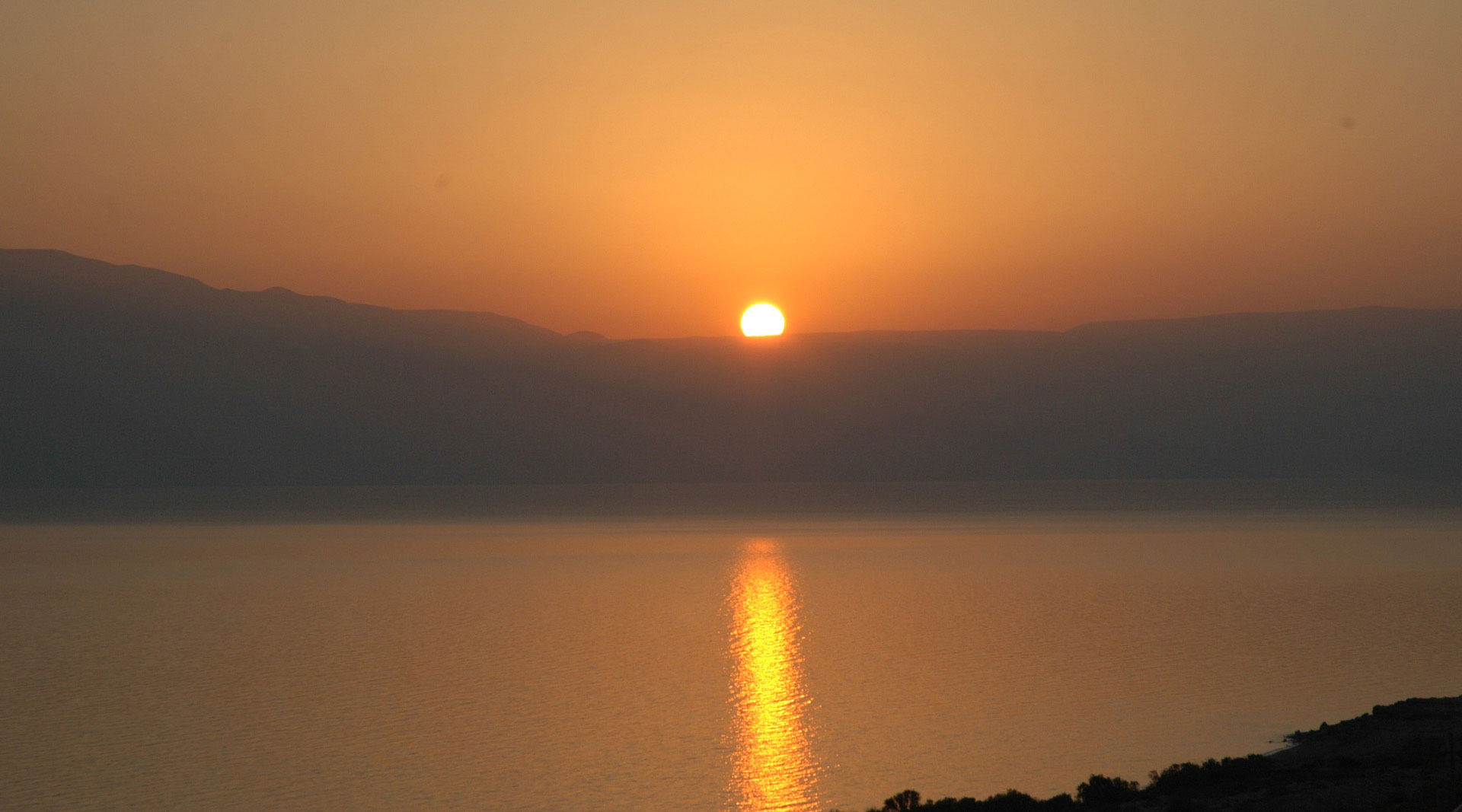 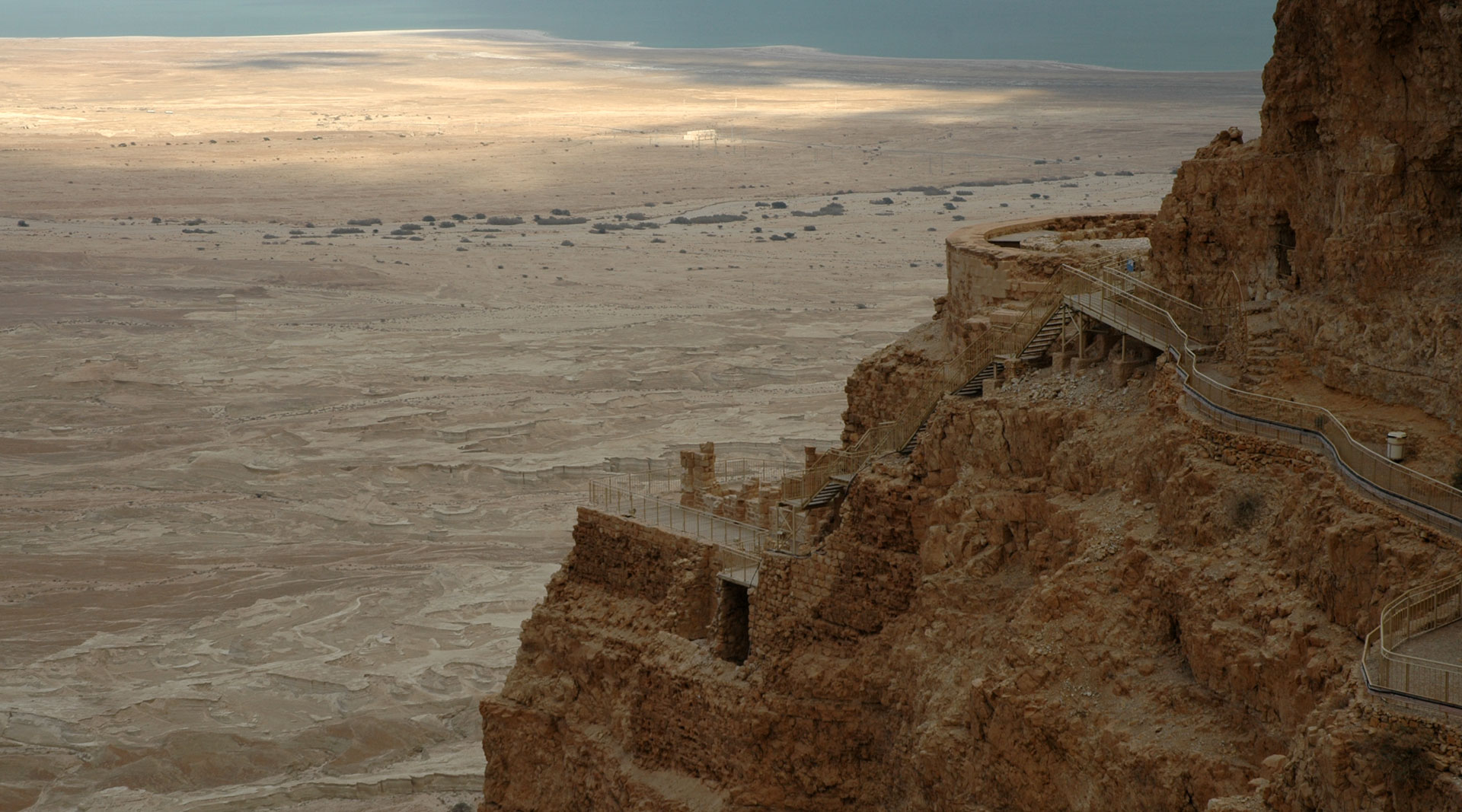 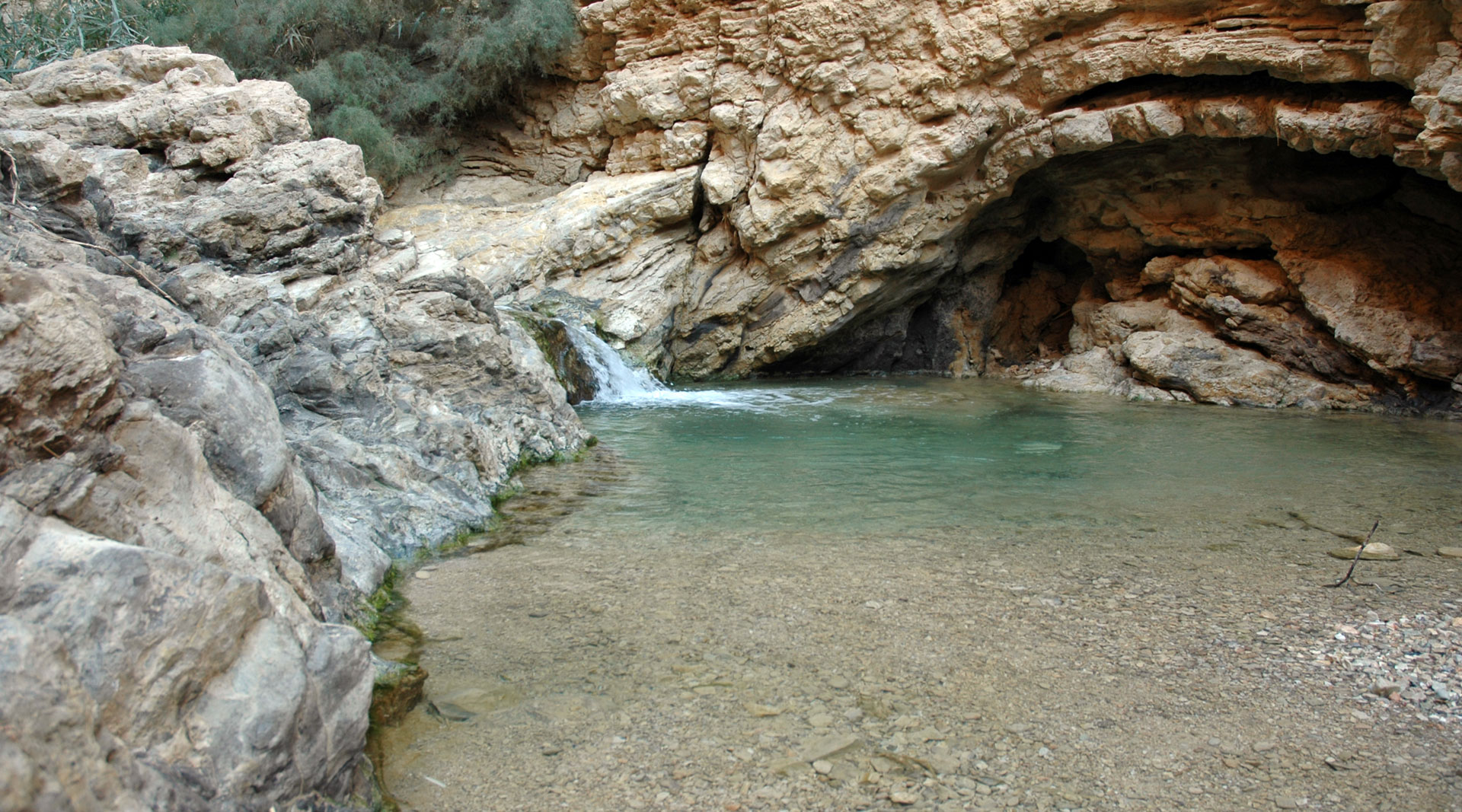 Christian Jerusalem – Excursion to the churches of Jerusalem

Jerusalem of Gold is one of the names of the city which is so sacred to so many people around the world. We will tour Jerusalem, starting with a magnificent view from Mount of Olives towards the old city of Jerusalem. From the Mount of Olives we will proceed to the Garden of Gath-Semeni and the church of all nations. We will go and visit the old city of Jerusalem and visit the Church of the Holy Sepulcher, walking through the Via Dolorosa and then visit the Wailing Wall. We will visit the room of the Last Supper at mount Zion and king David`s tomb. The beauty of Jerusalem never looks the same.

Volcanic beauty and Jewish life – excursion to the Golan Heights

The Golan Heights used to be an active volcanic area and today we owe to these volcanic activities for the magnificent unique landscape. For the last 2,500 years, the Jewish people prospered, built villages and synagogues at the Golan which we can admire today at the archeological sites. At the near past, the Golan Heights was the "monster" who threatened and damaged the Israeli villages beneath it by the Syrian army.
After 1967 the tables have turned and Israel flourished the desolated land. Today, villages, agriculture, tourism, restaurants and beautiful landscape are scattered all over the Golan Heights. We will start at Um-al-Kanatir where an old Jewish village is located and a magnificent Byzantine synagogue was excavated and reconstructed. The story of the synagogue is overwhelming. In the archeological site we will see the spring of the village which even Samuel L. Clemens wrote about during his travel to the land of Israel. The next stop will be a small paradise named Salukiya spring. The spring water are being sold as mineral water in Israel. The company that uses the precious mineral water, established a nice park for the public which can visit the small spring and walk through the green gardens by the water. For lunch we can eat local Beef that grew at the Golan Heights.
The last stop at the Golan Heights is Bental Mountain. This inactive volcano is one of the best observation points towards Syria. We will visit un-manned Israeli outpost who serves as a tourist site. We will explain about the view we will see and speak about the history of volcanoes at the Golan Heights. At the Late afternoon we will start our way back to the hotel. 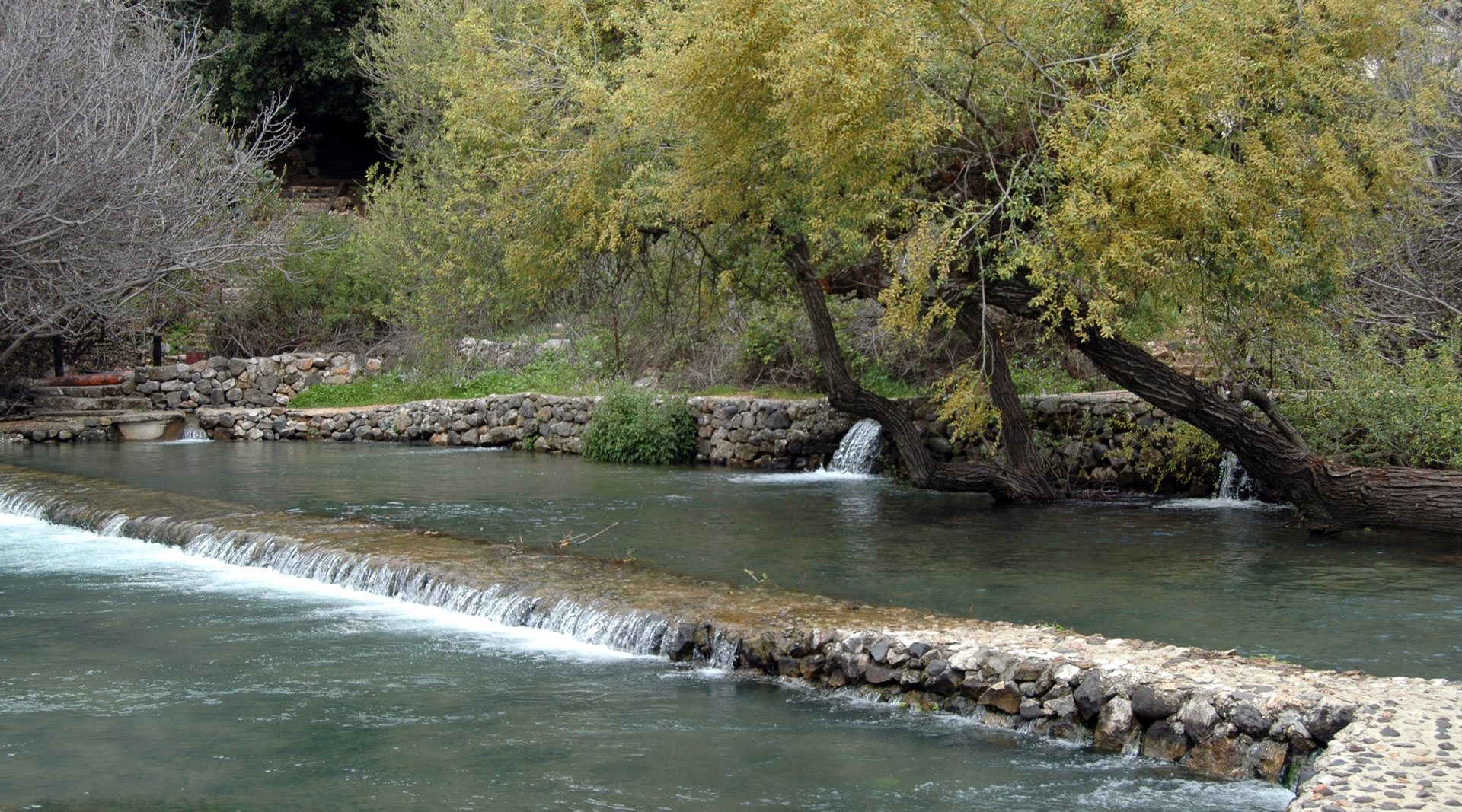 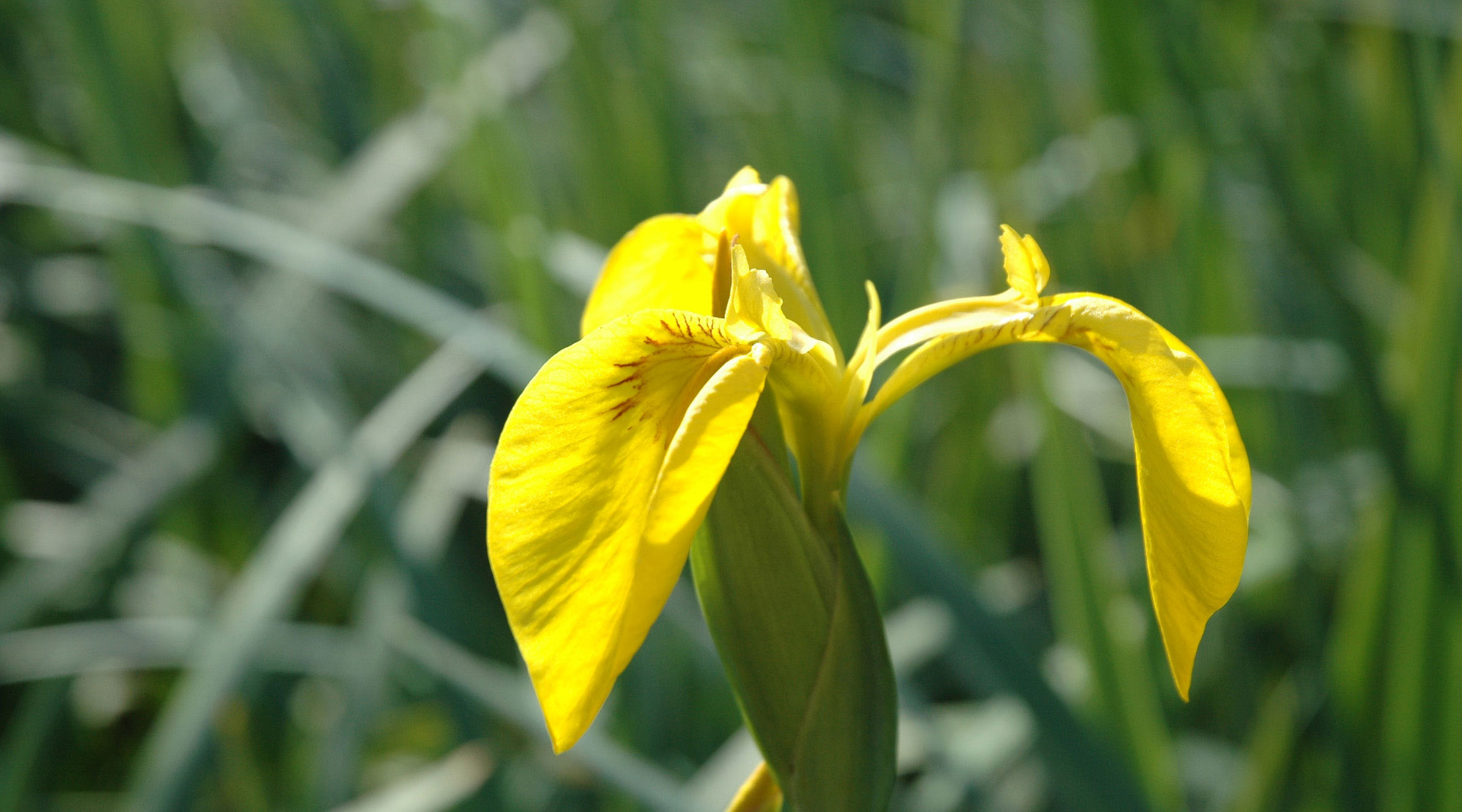 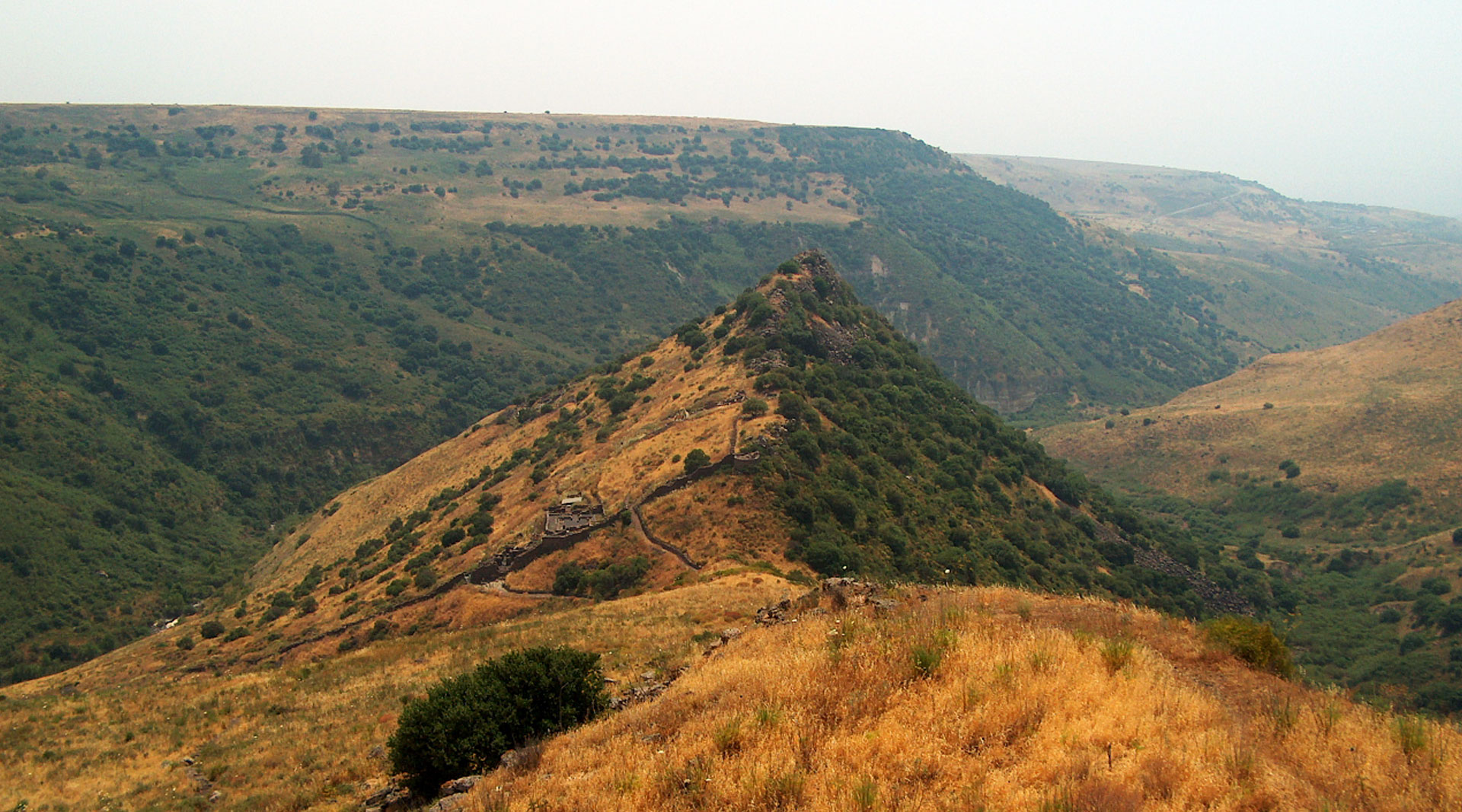 The birth place of Christianity – Excursion around the Sea of Galilee

The Sea of Galilee is where Christianity was founded. From Nazareth to Capernaum Jesus preached and gathered his disciples. At Peter`s house Christianity was born by their followers. To the shores of the Sea of Galilee, we will follow the path in which Christianity began and we will visit at the place where everything started – Capernaum. We will Visit the ancient village and see the first church ever. This is the place where Jesus has taught, healed and did miracles. From Capernaum we will proceed to Tabgha and visit the churches of Fish and Loaves and Peter's Primacy church. We will explain the miracles that Jesus has made there and afterwards we will go for lunch. After lunch we will proceed to mount of Beatitude and see the beautiful view that Jesus and his disciples saw 2,000 years ago and gave sermon to the people. From the mount of Beatitude we will go to Yardenit - the baptism site. This site was built as a baptism site for the pilgrims due to Jesus baptism at the Jordan River. At the site we can get baptise in the holy river. At the Late afternoon start our way back to the hotel. 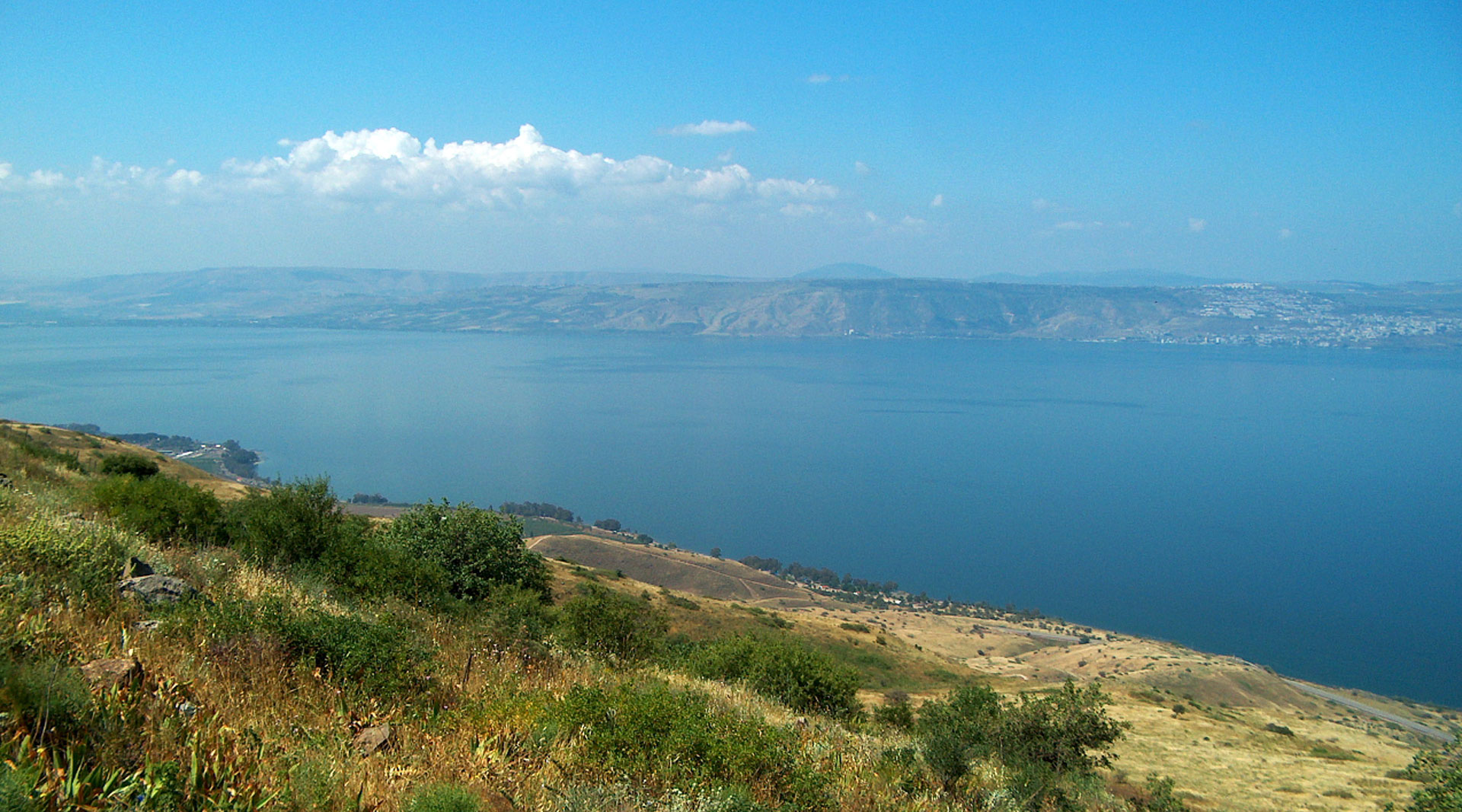 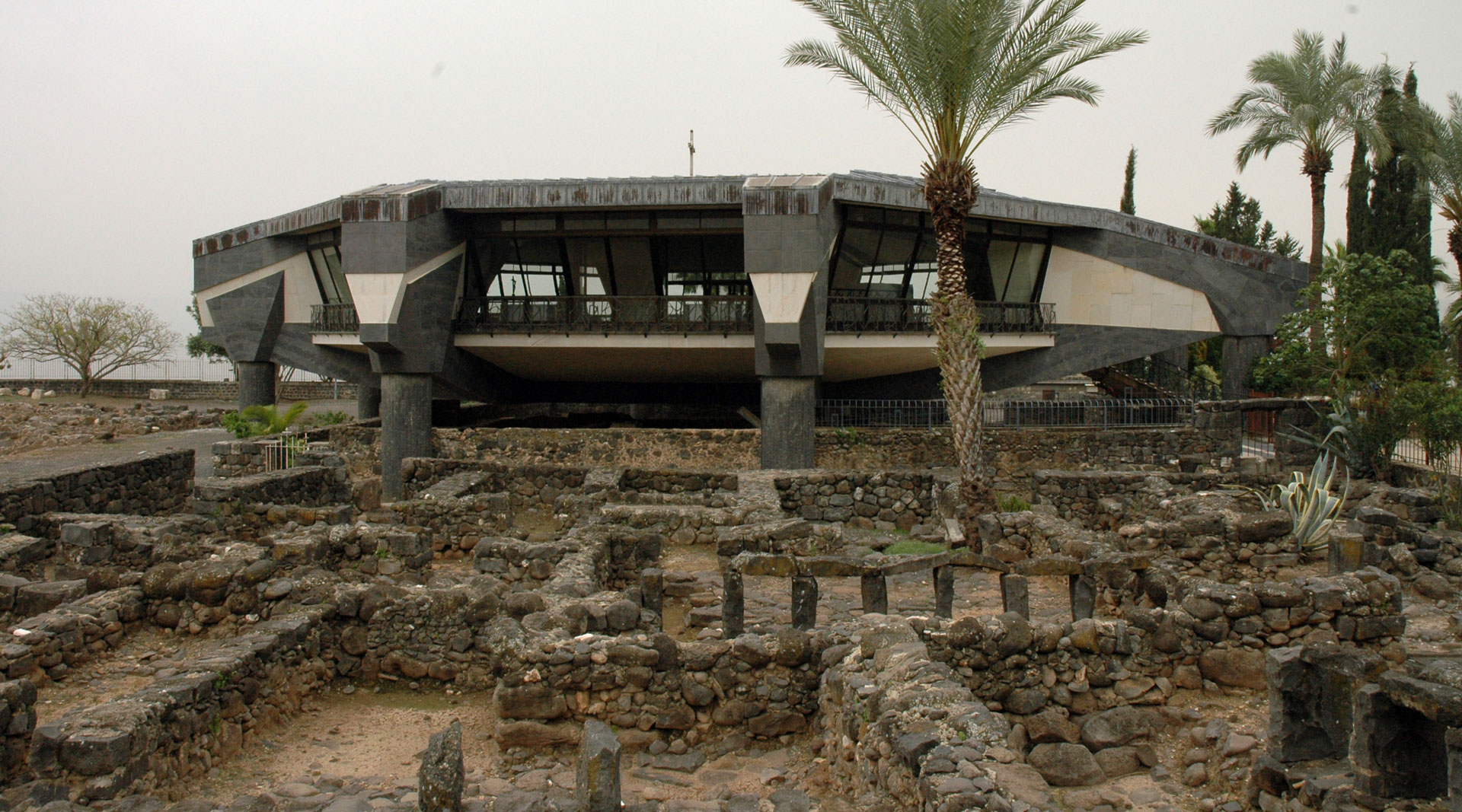 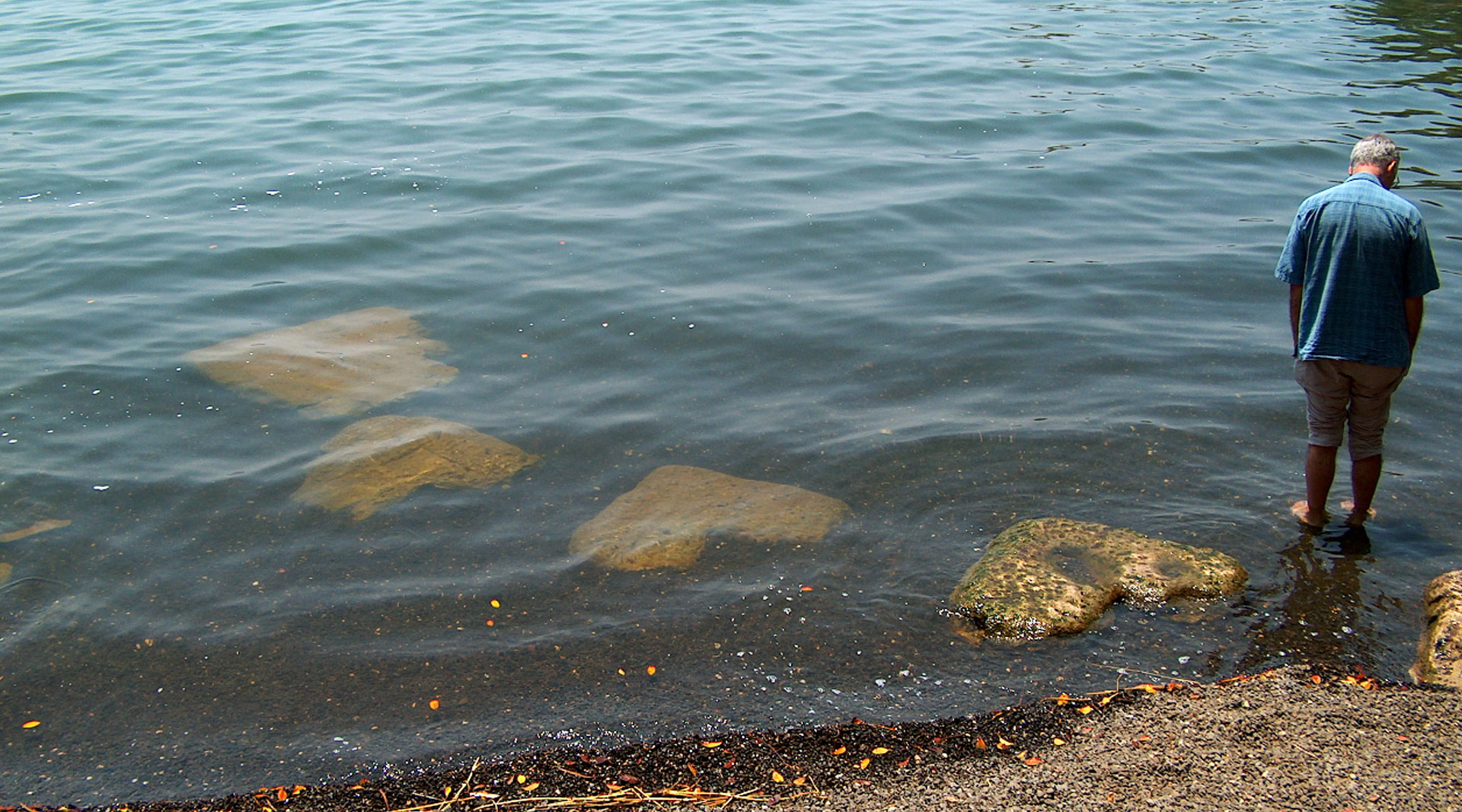 Over the last decade, AOPA members in dozens of airplanes landed at LLHA – Haifa airport, and participate the unique experience of landing at LLMZ - the lowest airstrip on earth.
Here are some of them: